The Community Advisory Board consists of prominent community leaders, nominated and elected by the Junior League of Montgomery Board of Directors. The members are selected from diverse vocations in the River Region and offer the Board expertise and counsel in areas such as non-profit work, accounting, finance, communication, and the law. 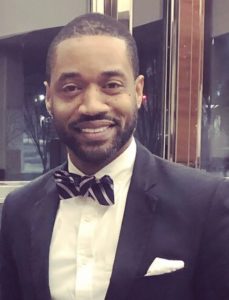 Anthony Brock is a native of Montgomery, Alabama and a graduate of Sidney Lanier and Alabama State University. He was employed by the Autauga County school system for 13 years. He is the Founder of the Brother2Brother and Sister2Sister Mentoring Program that still meets regularly in Autauga County.

He is currently the Head of School at Valiant Cross Academy. Since opening in 2015, Valiant Cross Academy has been showcased in local print publications, WSFA “Making a Difference” report, WAKA “What Right With Our Schools” report, recognized by the USA Today as a 50K grant winner in there “A Community That Thrives Program”, and Valiant Cross received the 2017 Community Service Award from Phi Beta Sigma Fraternity Inc. Valiant Cross was also recently selected as one of the State of Alabama’s Bicentennial School’s. He is also the author of the book “Fruit”that details his career as an educator and mentor. Anthony and his scholars from VCA recently were featured in Bryan Stevenson’s HBO Documentary, True Justice.

He is an active member of St. Paul A.M.E. Church in Montgomery where he serves as a
Steward, Men’s Usher, Men’s Chorus, and the Co-Coordinator of the Tutoring Program. Anthony is also a proud member of Kappa Alpha Psi Fraternity Inc. He is married to D’Tanja Brock and they have two beautiful daughters, Noah and Jonah. 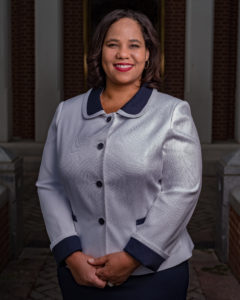 Lloria Munnerlyn James was born and raised in Montgomery along with her sister Samarria Munnerlyn Dunson by her parents Sam and Marielle Munnerlyn. Mrs. James graduated from Lee High School in 1998 and The University of Alabama in 2002 with a degree in business administration. She went on to law school at The University of Alabama School of Law, graduating in December 2004. After passing the bar Mrs. James worked for the Cochran Firm before winning a job at the District Attorney’s Office in Montgomery County.

Mrs. James is an avid mentor and believes that service to the community is her purpose. She is proud to actively work with the Success By Six Program, the Helping Montgomery Families Initiative, the I-Lead Program, and the Dutchess, Divas and Gents organization. Being raised to believe “service is the price you pay for the space you occupy” she has made improving the lives of Montgomery’s children her life’s work.

On March 3, 2020 she was elected Circuit Court Judge for Montgomery County. She intends to take her talents and heart for service to the bench to serve the children and families of Montgomery.

Mrs. James met and married her heart’s joy Attorney Charles James when they were students at the University of Alabama. Attorney James is the managing partner of The Serious Injury Law Group. The happy couple have two young daughters, Aiden Yvette James (10) and Chase Singleton James (6). The James Family attends Resurrection Catholic Church. 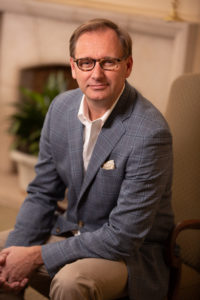 With 20 years of experience in strategic marketing and advertising, Tommy McKinnon serves as the System Director of Marketing and Communications for Baptist Health. He oversees the establishment of integrated strategies, plans and programs designed to ensure that all communication, marketing and public relations efforts are cohesive, consistent and effective in supporting Baptist Health’s mission and advancement goals. Tommy has been an integral part of promoting Baptist Health’s faith-based mission by spearheading the introduction and proliferation of the organization’s Sacred Work initiative. His career has included employment with Brookwood Medical Center, HealthSouth Corporation, Miller Communications and Source Medical, all located in Birmingham. Tommy believes in giving back to the community through active service on several local and regional boards, including Centerpoint Fellowship Church, the Mayoral Leadership Montgomery Advisory Council, Kid One Transport, the Governor-appointed Board of Examiners for Assisted Living Administrators, Girl Scouts of Alabama and the Montgomery Public Schools CareerTech Advisory Council.

Tommy graduated from Birmingham-Southern College with a Bachelor of Arts degree in English. He is a published novelist, avid sailor, golfer, and enjoys taking Taekwondo classes 3-4 days each week with his children. Tommy resides in Montgomery with his wife, Sandy, three children—Kendall, Connor and Stinson—and Harley, the family’s killer five pound Chihuahua.

Leslie Sanders is Vice President of Alabama Power’s Southern Division. She is responsible for providing service to customers in south central Alabama, including the Montgomery area. A 31-year veteran of Alabama Power, Leslie previously served as Vice President of Governmental Relations, where she was responsible for overseeing all aspects of governmental affairs for the company at the state level. She has been in her current role since August 2011. A graduate of the University of Alabama, Leslie joined Alabama Power in 1986 and has since worked in staff and management positions including Constituency Relations director, Public Information representative for the company’s Southern Division, and as a Marketing representative in Montgomery.
Among her civic and professional activities, Leslie served as the chairman of the Montgomery Area Chamber of Commerce for 2014 and currently serves as chair of the Montgomery Museum of Fine Arts and the Montgomery Riverfront Development Foundation. She continues to serve on the boards for the Alabama Archives and History, Alabama Children’s First Foundation, Alabama Department of Human Resources, Alabama State University Board of Trustees Nominating Committee, BBVA Compass, Marion Military Institute, Metro YMCA, Montgomery Area Committee of 100, Montgomery County Public Library Board of Trustees, and the UAB Montgomery Regional Medical Campus. Leslie has completed the International Women’s Foundation Fellowship.  She served as the coordinator of the 45th anniversary of the Montgomery Bus Boycott with the City of Montgomery and the Montgomery Improvement Association.  Leslie is also the recipient of the 2017 Montgomery Sunrise Rotary Club Commitment to Service Award.

Leslie and her husband, David, live in Montgomery with their two children, Brittany Leigh and Blake David, and a son-in-law, Ralph Norman.

By continuing to use the site, you agree to the use of cookies. more information